Hajj Pilgrims Embrace Islam as a Religion of Peace 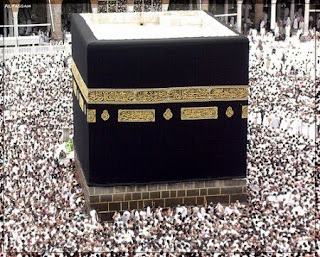 Just kidding. They chanted ‘Death to America’ and ‘Death to Israel’ at the annual Hajj pilgrimage just like last year.

Tens of thousands of Muslims chanted “Death to America” and “Death to Israel” at the annual Hajj pilgrimage, which the Ayatollah of Iran called “a symbol of spirituality.”
The Arab Ahlul Bayt News Agency reported, “The pilgrims chanted anti-US and anti-Zionist slogans during the ceremony, also attended by the Supreme Leader’s representative for Hajj affairs, Hojatoleslam Ali Qazi-Asgar.

“God is the Greatest”, “Death to Israel” and “Death to America” were among slogans chanted by the masses in unison as they gathered in the Desert of Arafat near Mecca, where more than 2 million Muslims have gathered.

Not exactly "Peace on earth, good will towards men" eh?

If I didn't know better, I'd suspect they do not have our best interests at heart.....