In 2005, Portland Rejected FBI’s Joint Terrorism Task Force That Saved Them From a Horrible Attack 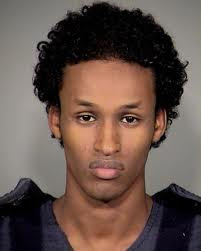 Portland, Oregon voters need to wake up and clean house of the left-wing leaders they have given control of their city too. The FBI’s Joint Terrorism Task Force that their leaders wouldn't allow local police to cooperate with has saved possibly hundreds of their lives.

In 2005, leaders in Portland, Oregon, angry at the Bush administration’s conduct of the war on terror, voted not to allow city law enforcement officers to participate in a key anti-terror initiative, the FBI’s Joint Terrorism Task Force. On Friday, that task force helped prevent what could have been a horrific terrorist attack in Portland. Now city officials say they might re-think their participation in the task force — because Barack Obama is in the White House.

Reading the FBI affidavit describing Islamist terror suspect Mohamed Osman Mohamud’s plan to bomb a Christmas tree lighting ceremony in Portland’s Pioneer Courthouse Square is a chilling experience. Mohamud, a Somali-born naturalized U.S. citizen who attended Oregon State University, told undercover FBI agents he dreamed of performing acts of jihad in which hundreds, perhaps thousands, of Americans would die. “Do you remember when 9/11 happened when those people were jumping from skyscrapers?” Mohamud asked the agents, according to the affidavit. “I thought that was awesome.”

I was just pointed to this article about the same incident from a completely different angle.
http://www.salon.com/news/opinion/glenn_greenwald/2010/11/28/fbi

Now, I do have a general distrust of the FBI's word. They lie all the time, so like any case we should examine all the facts and search for any holes. However, you could be absolutely correct.