Cutting the Deficit the Progressive way 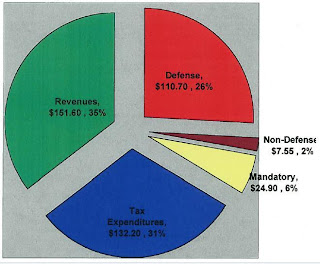 Did you ever wonder how progressives would cut the deficit? Rep. Jan Schakowsky (D-IL), a member of the bipartisan National Commission on Fiscal Responsibility and Reform, has offered her alternate proposal for reducing the deficit. She claims the plan would cut deficit spending by $426.95 in fiscal year 2015. Progressive Rep. Schakowsky wants to reduce the deficit by socking it to corporations, the wealth and the Defense Department.

$276.8 billion in new taxes; including $52 billion from Cap-and-Trade (she calls some of the new taxes "tax expenditure savings")