Sarah Palin fires back at Barbara Bush: Calls her a "blue blood" 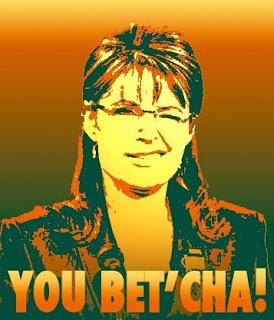 Sarah Palin isn't one to back down when she is attacked. This is true even if the attack comes in an offhanded way from former first lady Barbara Bush. Barbara Bush said of Palin on a recent episode of CNN's Larry King Live,

“I think she's very happy in Alaska and I hope she'll stay there.”

Sarah Palin on Wednesday dismissed the criticism of former First Lady Barbara Bush, who recently suggested that Palin stay in Alaska rather than run for president, referring to the Bush family as “blue-bloods.”

Thank you, Gov Palin, for "telling off Grandma"-- Barbara Bush, arguably one of the great First Ladies of all time, just revealed herself as simply human, capable of uttering nonsense just like the rest of us-- Palin is 100% correct in calling her out on it too-- but Palin's response could be called a little "milk toasty" in this way: by using the word "competition" instead of calling Mrs. Bush's statement what it truly is: elitist and anti-democratic!