Obama's Plan to Try Terrorists in the U.S. is a Failure 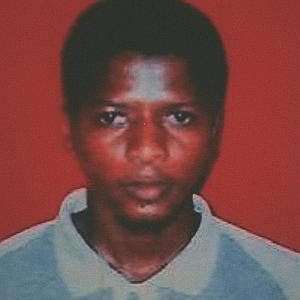 The test case that President Obama hoped would pave the way for a U.S. trial of Khalid Sheik Mohammed and other Guantanamo terrorists has failed on all counts but one. Ahmed Ghailani, a native of Tanzania, was accused of 276 counts of murder, attempted murder and other conspiracy charges. He was acquitted on all charges except the relatively minor one of conspiracy to destroy US property. 224 people died in the attacks on two U.S. embassies in Africa in 1998.

How did this travesty of justice happen? Judge Lewis Kaplan of the U.S. District Court for the Southern District of New York , a Clinton appointee, threw out key testimony because "enhanced interrogation" techniques were used. The testimony that was excluded wasn't obtained from enhanced interrogation of the defendant Ghailani. The government didn't even go down that rat hole. The testimony that was excluded was from key government witness Tanzania Hussein Abebe. Abebe was to testify that he gave Ahmed Ghailani explosives used in one of the bombings. Abebe's testimony was thrown out because the government may have learn of him through "coerced interrogation."

Today, Judge Kaplan ruled that Abebe’s testimony was fruit of a poisonous tree and could not be admitted into evidence. In reaching his decision, Judge Kaplan found that the existence of the would-be witness for the prosecution was learned through coercive interrogation of Ghailani carried out by the CIA at secret detention sites and Guantanamo, and was not convinced by the government’s arguments that it would have found the witness without the use of the coerced information or that the link between government coercion of Ghailani and the witness’ testimony was too remote to violate the Constitution. Ghailani had argued that the witness’ testimony should be excluded because the identity of the witness was obtained through coerced interrogation, in that Ghailani was denied the right to counsel and was subjected to “extremely harsh interrogation methods”. The defense classified the interrogation methods as torture.

After the failure of this trial to reach a guilty verdict on the major charges and the recent takeover of the House by Republicans, President Obama's dream of trying Khalid Sheik Mohammed and other terrorists in the U.S. is likely ended.
Posted by Bluegrass Pundit at 7:48:00 PM