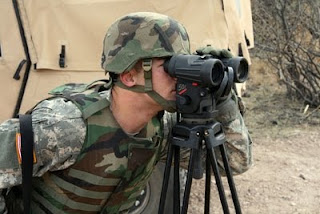 It was all for show anyway. They were unarmed and prohibited from enforcing U.S. law.

The Obama Administration plans to withdraw National Guard troops from the Texas, New Mexico and California borders by the end of February under a new Southwest security plan, even as turmoil in Mexican border cities grows, according to documents obtained by The Washington Examiner.

A letter sent to various members of the Texas Congressional delegation from Texas’ Gov. Rick Perry’s office says, “In February, 2011, the Texas, New Mexico, and California National Guard forces that were deployed to the border in September, 2010, under President’s Obama’s Southwest Border Augmentation Plan, will have 30 days to complete a total draw down of forces.”