NJ Gov. Chris Christie on Sen. Frank Lautenberg: “All he knows how to do is blow hot air,” 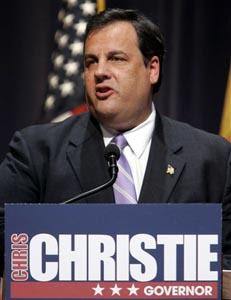 New Jersey Gov. Chris Christie (R) is not particularly fond of Sen. Frank Lautenberg (D-N.J.), saying in a recent interview that he is full of “hot air.”

The new governor said he did not appreciate Lautenberg’s criticism of his decision to cancel an $8.7. billion rail tunnel project that has been planned for more than a decade.

“All he knows how to do is blow hot air,” Christie said in a profile published in New York Magazine. “So I don’t really care what Frank Lautenberg has to say about much of anything.”