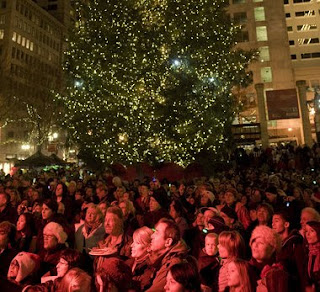 He failed because the FBI supplied him a fake bomb.

PORTLAND, Ore. – A Somali-born teenager plotted to carry out a car bomb attack at a crowded Christmas tree lighting ceremony in downtown Portland on Friday, but the bomb turned out to be a dud supplied by undercover agents as part of a sting, federal prosecutors said.

Mohamed Osman Mohamud, 19, was arrested at 5:40 p.m. just after he dialed a cell phone that he thought would blow up a van laden with explosives but instead brought federal agents and Portland police swooping in to take him into custody.

Mohamud yelled “Allahu Akhkbar” and tried to kick agents and police as the arrest came, according to prosecutors.

H/T Weasel Zippers.
Posted by Bluegrass Pundit at 8:37:00 AM

Email ThisBlogThis!Share to TwitterShare to FacebookShare to Pinterest
Labels: Terrorism

sad that intolerance still drives people to do crazy things...