The TSA Employee “Touching Your Junk” May Soon Be Unionized 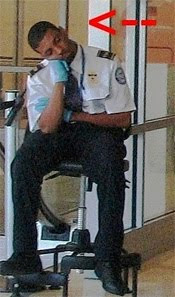 As if Americans didn't have enough complaints about the TSA, the Federal Labor Relations Authority has decided they can unionize. Instead of letting them unionize, we need to fire them all and disband the TSA.

In a significant victory for federal employee unions, the Federal Labor Relations Authority decided Friday that Transportation Security Administration staffers will be allowed to vote on union representation. The decision clears the way for a campaign by the government’s two largest labor organizations, the American Federation of Government Employees and the National Treasury Employees Union, to represent some 50,000 transportation security officers.