Shocking Ignorance: Only 8% of Afghans are aware of 9/11 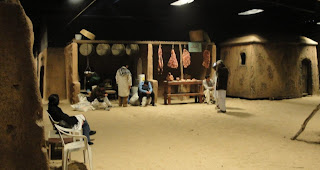 There is little wonder so many Afghans think the U.S. is in their country to destroy Islam or occupy them. According to a new poll, 92% have never heard of the 9/11 attack launched by Osama bin Laden and al Qaeda against the U.S. The survey was of men only and taken in two of the most war-torn provinces. As sheltered as women are in Afghanistan, it is hard to imagine they would be any better informed. However, the populace around the capitol might be better educated.

(Raw Story)- Fewer than one in 10 Afghans are aware of the 9/11 attacks and their precipitation of the war in Afghanistan, says a study from an international think tank.

A report (PDF) from the International Council on Security and Development (ICOS) shows that 92 percent of those surveyed had never heard of the coordinated multiple attacks on US soil on September 11, 2001. It also shows that four in 10 Afghans believe the US is on their soil in order to “destroy Islam or occupy Afghanistan.”