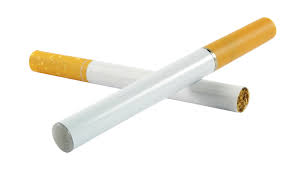 Who elected Bloomberg God? Doesn't he understand the concept of liberty and free will?


New York City Mayor Michael Bloomberg’s crusade to rid the City of all things unhealthy has taken aim at various fattening foods and harmful products like cigarettes and trans fats. He even once tried – and failed – to ban large containers of soda within New York’s five boroughs.

But Bloomberg’s now gone a step further – not only does hizzonor not want you to smoke cigarettes, he doesn’t want you smoke fake cigarettes, either.
Recently leaked drafts of three tobacco-related bills that are expected to be introduced into the City Council indicate that Bloomberg’s planning to regulate e-cigs into extinction.
Keep on reading…