After a week of getting schooled by Putin, Obama heads to the golf course for 27 holes... 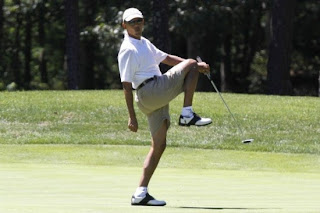 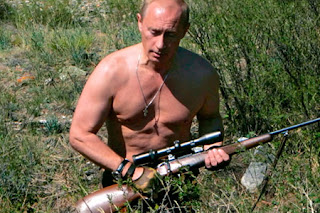 Obama didn't stand a chance against the former KGB master...


After morning briefings on the crisis in Syria, President Obama played 27 holes at Andrews Air Force base, according to the White House. Tony Kornheiser and Mike Wilbon, hosts of ESPN’s “Pardon the Interruption,” and aide Marvin Nicholson joined the six-hour golf game.