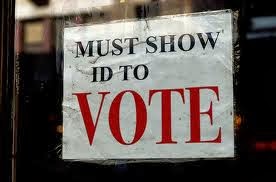 
The Justice Department will announce Monday that it is suing the state of North Carolina for alleged racial discrimination over tough new voting rules.
A person briefed on the department’s plans told Fox News that the suit would claim that the North Carolina statute violated Section 2 of the Voting Rights Act and would seek to have the state subject to federal pre-clearance before making “future voting-related changes.” The person also said the suit would be filed Monday in U.S. District Court in Nashville, Tenn.
In asking for pre-clearance, the Justice Department will ask a federal judge to place the four provisions in North Carolina’s new law under federal scrutiny for an indeterminate period.
Keep on reading…