It's your move Harry Reid... 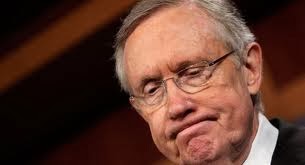 House Republicans have sent the Senate a funding bill that delays the Obamacare individual mandate one year and strips the hated medical device tax from the bill. I am disappointed they did not strip the illegal exemption 70% taxpayer funded subsidy Obama granted Congress and their staffs. Congress can afford to pay the full amount of their healthcare.


House Republicans approved a stopgap spending bill that delays ObamaCare in an early-morning Sunday vote that increases the chances of a government shutdown.
The high-stakes GOP move intensifies a game of chicken with Senate Democrats with just 48 hours to go before the lights could go out on the federal government.
The White House threatened to veto the measure, while Senate Majority Leader Harry Reid (D-Nev.) proclaimed it dead in the upper chamber.
The imminent deadline, combined with the prolonged impasse, has led some lawmakers to predict a shutdown is all but inevitable.