Obvious: IRS targeted groups for having anti-Obama materials in their applications or on their websites... 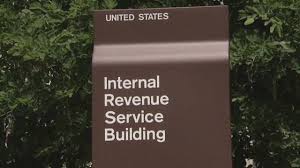 Someone needs to go to prison for this outrageous persecution by the IRS of conservative and Tea Party political groups.  Where is Lois Lerner anyway?


Newly uncovered IRS documents show the agency flagged political groups based on the content of their literature, raising concerns specifically about ”anti-Obama rhetoric,” inflammatory language and “emotional” statements made by non-profits seeking tax-exempt status.
The internal 2011 documents, obtained by USA TODAY, list 162 groups by name, with comments by Internal Revenue Service lawyers in Washington raising issues about their political, lobbying and advocacy activities. In 21 cases, those activities were characterized as “propaganda.”
The list provides the most specific public accounting to date of which groups were targeted for extra scrutiny and why. The IRS has not publicly identified the groups, repeatedly citing a provision of the tax code prohibiting it from releasing tax return information. [...]
Five groups were flagged as having “anti-Obama” materials in their applications or on their websites.