Obama flushing 300 million of your tax dollars down the Detroit toilet... 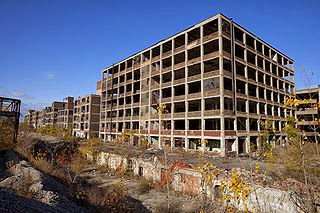 Much of Detroit should be leveled and turned into farmland. There is no way to save Detroit unless you can get taxpaying people to want to move there. Many of those left in Detroit are gang bangers, drug addicts and welfare queens. Reportedly, unemployment is 50%. Many neighborhoods are blighted and very dangerous. Sending in the National Guard to restore law and order might be a workable plan, but our $300 million will disappear to no visible effect.


WASHINGTON — Nearly $300 million in aid for Detroit — from federal and state coffers, private businesses and charitable foundations — will be announced Friday as Obama administration officials visit the city to discuss what can be done to help eradicate blight, improve transportation, encourage new business and make residents safer.
The funding will include $150 million in blight eradication and community redevelopment, including $65 million in Community Development Block Grant funding — which had already been awarded over two years but could not be accessed by the city. An additional $25 million could help hire as many as 150 firefighters in the city.
Some $24 million in federal resources that had been tied up will go to repairing buses and installing security cameras, part of an overall $140-million investment in transit systems. And several charitable groups — the Ford Foundation, Kresge Foundation and Knight Foundation — will put millions into spurring entrepreneurship and creating jobs.

Email ThisBlogThis!Share to TwitterShare to FacebookShare to Pinterest
Labels: Detroit