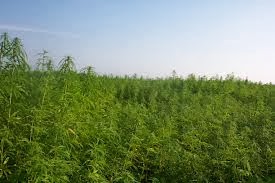 
The argument over whether Kentucky farmers can begin growing hemp — as soon as next year — got hotter on Wednesday with Kentucky Attorney General Jack Conway issuing a written opinion that the crop is still illegal, and farmers who grow it could be prosecuted.
Anyone who intentionally grows the crop “will expose themselves to potential criminal liability and the possible seizure of property,” Conway’s opinion said.
That prompted a challenge from state Agriculture Commissioner James Comer’s office, suggesting that neither the federal or state government would charge growers.
“The law is that industrial hemp is legal in Kentucky. If the feds aren’t going to prosecute industrial hemp, surely the attorney general of Kentucky isn’t going to move forward with prosecuting hemp farmers,” said Holly VonLuehrte, Comer’s general counsel and spokeswoman.
Hemp leaves appear identical to marijuana, but hemp is grown for the fiber in its stalks and has only a tiny amount of THC, the intoxicating chemical in pot.
Comer, an advocate for hemp, and the Kentucky Hemp Commission, which Comer revived last year to suggest hemp policy, contend the U.S. Justice Department’s recent stance easing enforcement of marijuana laws along with the state’s new hemp law, means the plant can be grown legally in the state.

Full disclosure: My father actually grew hemp legally in Kentucky when he was a young man.
Posted by Bluegrass Pundit at 8:15:00 PM

Lets see. God gave man the right to use every plant bearing seed in Genesis 1:29. The Constitution says we have all God given rights. Our founding fathers grew hemp, both Washington and Jefferson had it on their farms. So who's side is the Attorney General on? Satan's evidently as he is the one who benefits from the misery of unemployed farmers.