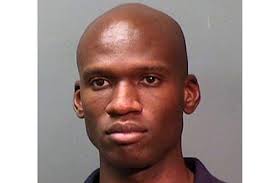 At least this is one they won't be able to blame on right wing extremists...


Tuesday, on CNN’s “The Lead with Jake Tapper,” Michael Ritrovato spoke at length about his friend, suspected Navy Yard shooter Aaron Alexis. After expressing his condolences to the victims and their families, Ritrovato then expressed his shock over the actions of a man he described as being “like a brother to me” and a “good-natured guy.”
Ritrovato  went on to explain that two of them had a close relationship based in part on their differences, specifically race and politics. Alexis was black, Ritrovato is white. Ritrovato described himself as conservative and Alexis is “more of a liberal type” who supported Barack Obama:
I would say things like, ‘You know, you are my brother from another mother.’ And he would say things like, ‘You’re my Italian mafia guy from New York.’ So we had things we joked about: Aaron wasn’t conservative like I am. He was more of a liberal type; he wasn’t happy with the former [Bush] administration. He was more happy with this [the Obama] administration — as far as presidential administrations.