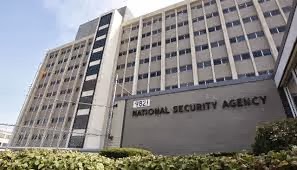 The NSA identified 12 instances where this occurred. The is no way to know how many times it happened without their detection. This is likely just the tip of the iceberg. Nobody was even fired. One resigned, one retired (with full retirement pay?) and another was allegedly demoted. This is unacceptable. Using NSA resources to illegally spy on someone looks to me like a clear violation of federal wiretapping law? All these people should be in prison, if they are guilty.


The National Security Agency has admitted that analysts have abused their authority to spy on love interests on several occasions.
In response to a letter from Sen. Chuck Grassley (R-Iowa), the NSA identified 12 incidents since 2003 in which analysts intentionally misused their intelligence gathering powers.
In one case, an analyst spied on a foreign phone number she discovered in her husband's cellphone, suspecting that he had cheated on her. She intercepted phone calls involving her husband, investigators discovered. The analyst resigned before any disciplinary action could be taken.
On one analyst's first day of access to the NSA system, he pulled records on six email addresses belonging to his ex-girlfriend. He claimed he just wanted to test the system. The NSA demoted him and docked his pay for two months.