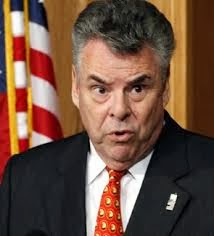 Peter King has been pretending to be a Republican for years....


Congressman Peter King has been one of the strongest Republican voices opposing Ted Cruz‘s fight against Obamacare, frequently calling him a“fraud.” On CNN Wednesday night, King continued hammering Cruz, telling Anderson Cooper that despite how much Cruz may view himself as a conservative “folk hero” the majority of the country is rallying behind, “those I’ve spoken to think he’s crazy.”
King likened this to the Charge of the Light Brigade and said Cruz is a “kamikaze pilot,” ultimately finding his tactics to be destructive to the Republican party. He continued to call Cruz a fraud and a “medicine man selling goods he knows are phony goods.”
Cooper asked why King is taking the “unusual” step of being so critical of a member of his own party. King said he has no loyalty to Cruz, adding that Cruz was trying to intimidate Republican members of Congress” in the past few months to vote his way “with explicit threats of primaries.”
More here…