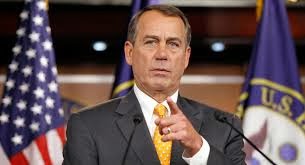 
House Republicans will vote to pass a one-year delay of Obamacare in exchange for funding the government, a plan that drastically increases the chances of a government shutdown this Tuesday.

The decision was announced by the GOP leadership in a closed meeting Saturday afternoon,
according to sources present. Republicans will also pass a bill to fund U.S. troops if the government shuts down, according to GOP lawmakers. The House’s funding measure will keep the government open until mid December.

This puts Senate Democrats and the White House at loggerheads with House Republicans, a standoff that could lead to the first government shutdown since 1995.