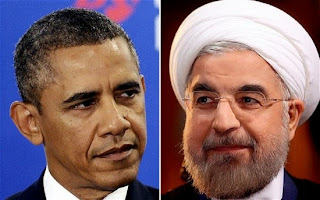 Obama is willing to negotiate with supporters of terrorism who are seeking nuclear weapons. I guess they aren't considered extremists like Republicans.


United Nations (AFP) – Historic talks between the United States and Iran as well as other global powers opened Thursday in a bid to bring fresh impetus to negotiations on Tehran’s nuclear program, AFP correspondents said.
US Secretary of State John Kerry joined his Iranian counterpart Mohammad Javad Zarif around a table along with counterparts from China, France, Germany and Russia for the unprecedented talks hosted by EU foreign policy chief Catherine Ashton.