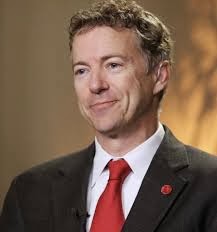 If Cris Christie wants to challenge Hillary in 2016, he should do it as a democrat...


Sen. Rand Paul decisively won a straw poll held over the weekend in Michigan at a bi-annual gathering of Republicans, earning more than double the votes of rival New Jersey Gov. Chris Christie.
Paul, the libertarian-leaning Republican from Kentucky, won 188 votes, or 36 percent, in the 2016 Mackinac Presidential Straw Poll. Christie came in at second with 82 votes, or 16 percent, in the poll.
“It’s always exciting to place first in anything,” Paul told The Daily Caller in a phone interview Sunday morning from Mackinac Island after the results were announced.
He noted that the Island is “overrun with limited government, small government conservatives.”
“Not too many liberals on the Island this week,” Paul said with a laugh.
Former Florida Gov. Jeb Bush came in with 42 votes, while Wisconsin Gov. Scott Walker got 39 votes. Texas Sen. Ted Cruz trailed behind at 36 votes. Of those at the conference, 526 voted.
Keep on reading…