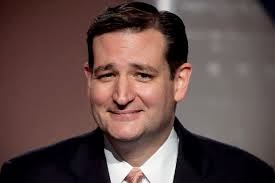 Will Rand Paul and Marco Rubio join him?


Sen. Ted Cruz (R-Texas) will stop at nothing to defund Obamacare, saying Thursday he would even go so far as to filibuster the continuing resolution to stymie President Barack Obama’s healthcare law.
Cruz joined Republican lawmakers from both chambers of Congress at a press conference discussing a continuing resolution to halt funding for the Affordable Care Act. When asked if he would filibuster the continuing resolution, the Tea Party darling said he would use whatever means necessary to defund Obamacare.
“I will do everything necessary and anything possible to defund Obamacare,” Cruz said. “Yes, and anything else. Any procedural means necessary. Listen, this is the most important fight of the country and it’s easy to focus on the political back and forth. … As soon as the House passes this into law it’s going to be in Harry Reid’s court.”