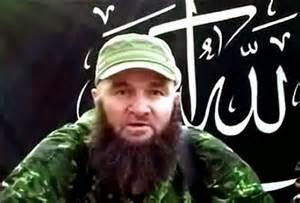 I'll bet it didn't tale Putin 16 hours to make up his mind to approve this mission.


MOSCOW — A Chechen rebel warlord who has plagued the region for decades and most recently threatened to attack the Sochi Olympics is dead, Chechnya’s Kremlin-backed strongman said Thursday, but he offered no proof and his claim couldn’t be verified.
Chechen leader Ramzan Kadyrov said on his Instagram that Doku Umarov, who urged his fighters to strike the Games, had died — a claim he has made repeatedly in the past. The information about Umarov’s death came from intercepted communications between other rebel leaders who were discussing his replacement, he said, but he didn’t make clear when the conversation took place or how it was heard.
This time, however, multiple messages on Chechen jihadist web forums – including an audio recording from top Islamic sharia judge Abu Mohammed Ali Daghestani, who is affiliated with Umarov’s movement, confirmed his death.
Messages posted on Chechen militant blog sites suggested he was killed in an operation by Russian special forces, but none gave a time or specific place for the alleged killing.
Keep on reading…