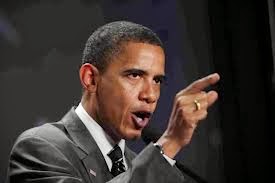 It's not racism. People are getting tired of Obama's lying and poor leadership ability.


President Barack Obama said that racial tensions may have softened his popularity among white voters within the last two years, according to a story posted on the New Yorkermagazine’s website today.
“There’s no doubt that there’s some folks who just really dislike me because they don’t like the idea of a black president,” Obama said in the article by David Remnick, appearing in the magazine’s Jan. 27 edition.
“Now, the flip side of it is there are some black folks and maybe some white folks who really like me and give me the benefit of the doubt precisely because I’m a black president,” Obama said in his most direct comments on how race has affected his political standing since he’s been in office.