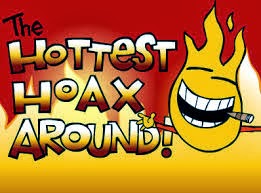 Is there anything climate change can't be blamed for?


The Democratic party has found a new consequence of climate change: prostitution. Rep. Barbara Lee and twelve other House Democrats issued a resolution stating that climate change can cause food and water shortages, which could lead impoverished women to turn to prostitution as a means of income:

“[I]nsecure women with limited socioeconomic resources may be vulnerable to situations such as sex work, transactional sex, and early marriage that put them at risk for HIV, STIs, unplanned pregnancy, and poor reproductive health,” it says.
More broadly, the resolution says climate change will hurt “marginalized” women, such as refugees, sexual minorities, adolescent girls, and women and girls with HIV. It also cites Hurricane Katrina as evidence of how climate change can affect women, noting that the storm displaced “over 83 percent of low-income, single mothers” in the region.