Gallop: Two-thirds of Americans think the federal government is too big for it's britches... 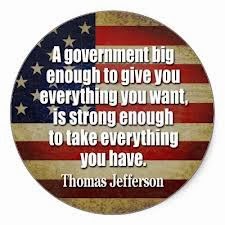 Democrats and the GOPe hardest hit...


One reason Americans are dissatisfied with how the government system is working is that they believe it is too big and powerful. Two-thirds of Americans (66%) are unhappy with the size and power of the federal government. These views potentially hamper President Barack Obama’s ability to propose large-scale government solutions in his State of the Union speech next week. However, this problem is not a new one for the president. Roughly two-thirds of Americans have expressed this view consistently since at least 2011, after the measure jumped a full 10 points between 2008 and 2011.