Yet another Obamacare delay... 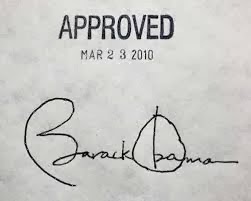 According to The New York Times,the Obama administration will not enforce the equality clause of Obamacare in 2014 because they haven't written the regulations yet.


The Obama administration is reportedly delaying enforcement of another aspect of ObamaCare, one that prohibits employers from providing better health benefits to top executives than those being offered to regular employees.
According to The New York Times, tax officials said they would not enforce the provision in 2014 as they had not yet issued the appropriate regulations.
The Affordable Care Act, commonly known as ObamaCare, says employer-sponsored health plans must not discriminate “in favor of highly compensated individuals” with respect to either eligibility or benefits, and provides a tax break for employer-sponsored insurance, while demanding employers not provide better coverage to higher-paid employees.
Yet Bruce I. Friedland, a spokesman for the I.R.S., told the New York Times that employers would not have to comply until the agency issued regulations or other guidance.