Only 11% of those who signed up for Obamacare were previously uninsured? 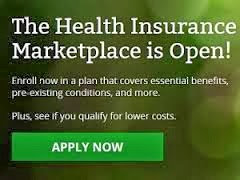 This is a massive fail. It is likely that more people are uninsured now than before Obamacare was enacted.


At the end of the day, for all of the rhetoric and promises about what Obamacare would achieve, the health law’s most ardent supporters have stuck to their guns because of one thing: coverage expansion. But new data suggests that Obamacare may fail even to achieve this goal. Instead of expanding coverage to those without it, Obamacare is replacing the pre-existing market for private insurance. Surveys from insurers and other industry players indicate that as few as 11 percent of those on Obamacare’s exchanges were previously uninsured. If these trends continue, the probability increases that Obamacare will eventually get repealed.
The latest reporting on this topic comes from Christopher Weaver and Anna Wilde Mathews of the Wall Street Journal. They cite several industry surveys on the coverage history of those signing up for insurance on the Obamacare exchanges.