Oregon country enrolls inmates in Obamacare to get federal subsidies... 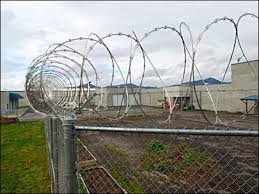 This is what happens when lawmakers pass an 2000 page bill without reading it. Unexpected cost shifting...


Backers have promoted the Affordable Care Act and Medicaid expansion as a way to reduce health care costs for many Americans.
Multnomah County officials expect national health care reform to cut the county's medical bills, too.
By enrolling jail inmates in nationally subsidized healthcare -- best known as "Obamacare" to both the President and his critics -- the county could bill the federal government for the cost of providing some of them medical care.
County health department officials briefed Multnomah County commissioners on the issue this week.
In addition to saving the county money, enrolling inmates in Obamacare would also mean a significant percentage will now have insurance when their jail stay is done.