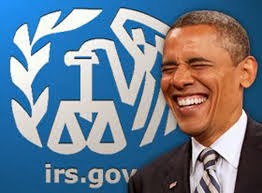 How do I know they are applying whitewash? They aren't even interested in talking to the victims.


The Journal reports that the Federal Bureau of Investigation is unlikely to file any criminal charges in the targeting of conservative political organizations by the Internal Revenue Service. Yet Cleta Mitchell, an attorney who represents many of the targets, says that the FBI has never contacted any of her clients to discuss their treatment at the hands of the IRS. “Shouldn’t law enforcement talk to the victims in an investigation?,” she asks in an email. “That’s like investigating a burglary without interviewing the burgled,” notes a Journal editorial.…
…Beyond the harassment of Tea Party groups and the leaking of confidential taxpayer data to political opponents, the IRS case also involved senior government officials falsely assuring Congress for a year that there was no targeting. IRS brass then falsely and publicly claimed that the targeting was the work of low-level employees. Yet when it comes to allegations of misleading Congress, the Obama Justice Department was more interested in trying to prosecute baseball pitcher Roger Clemens for comments about steroids than it was in pursuing a case involving the use of the nation’s tax-collecting authority against the President’s opponents.