Syrian deal calls for them to have given up all chemical weapons next week. Only 4.1% actually given up. 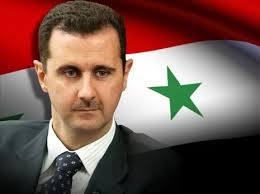 How is this plan working out for you Obama?


(Reuters) – Syria has given up less than 5 percent of its chemical weapons arsenal and will miss next week’s deadline to send all toxic agents abroad for destruction, sources familiar with the matter said on Wednesday.
The deliveries, in two shipments this month to the northern Syrian port of Latakia, totaled 4.1 percent of the roughly 1,300 tonnes of toxic agents reported by Damascus to the Organisation for the Prohibition of Chemical Weapons (OPCW), said the sources, who spoke on condition of anonymity.
“It’s not enough and there is no sign of more,” one source briefed on the situation said.
The internationally backed operation, overseen by a joint OPCW-United Nations mission, is now 6-8 weeks behind schedule. Damascus needs to show it is still serious about relinquishing its chemical weapons, the sources told Reuters.