Europe to dump climate change goals and take up fracking... 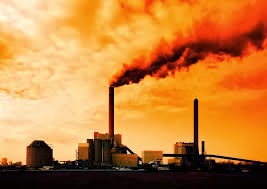 Obama still thinks climate change is important, but the rest od the world is losing interest.

The EU's reputation as a model of environmental responsibility may soon be history. The European Commission wants to forgo ambitious climate protection goals and pave the way for fracking -- jeopardizing Germany's touted energy revolution in the process.
The climate between Brussels and Berlin is polluted, something European Commission officials attribute, among other things, to the "reckless" way German Chancellor Angela Merkel blocked stricter exhaust emissions during her re-election campaign to placate domestic automotive manufacturers like Daimler and BMW. This kind of blatant self-interest, officials complained at the time, is poisoning the climate.
But now it seems that the climate is no longer of much importance to the European Commission, the EU's executive branch, either. Commission sources have long been hinting that the body intends to move away from ambitious climate protection goals. On Tuesday, the Süddeutsche Zeitung reported as much.