Interesting: Dems ready to throw in the towel on House in 2014... 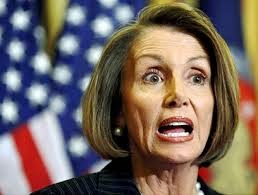 I heard one odds maker claim they had a 1% chance. i think they should go for it.


With Democrats’ grasp on the Senate increasingly tenuous — and the House all but beyond reach — some top party donors and strategists are moving to do something in the midterm election as painful as it is coldblooded: Admit the House can’t be won and go all in to save the Senate.
Their calculation is uncomplicated. With only so much money to go around in an election year that is tilting the GOP’s way, Democrats need to concentrate resources on preserving the chamber they have now. Losing the Senate, they know, could doom whatever hopes Barack Obama has of salvaging the final years of his presidency.
The triage idea is taking hold in phone conversations among donors and in strategy sessions between party operatives. Even some of the people who have invested the most to get House Minority Leader Nancy Pelosi back into the speaker’s chair are moving in that direction.
“There is no question that Democratic donors are shifting towards the Senate in 2014...