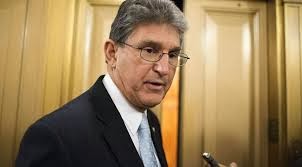 Someones spine is missing. If anyone has a spare, send it to Sen. Joe Manchin.


Sen. Joe Manchin (D-W.Va.) said on MSNBC Tuesday night that he didn’t endorse the bill so that it could be voted on during negotiations with Iran. “Give peace a chance,” he said.
"I did not sign it with the intention that it would ever be voted upon or used upon while we were negotiating," Manchin said. "I signed it because I wanted to make sure the president had a hammer, if he needed it and showed them how determined we were to do it and use it, if we had to." Sens. Robert Menendez (D-N.J.) and Mark Kirk (R-Ill.) authored the legislation late last year, after the United States announced with its allies they had reached an interim deal with Iran to curb its nuclear program. The six-month agreement took effect last week.
The sanctions bill, however, would add additional and tougher sanctions than those already in place.
In his State of the Union speech Tuesday night, Obama urged the bill’s 59 co-sponsors to reconsider their positions and to give diplomacy a chance.