Wendy Davis to paralyzed GOP opponent: “never walked a mile in my shoes.” 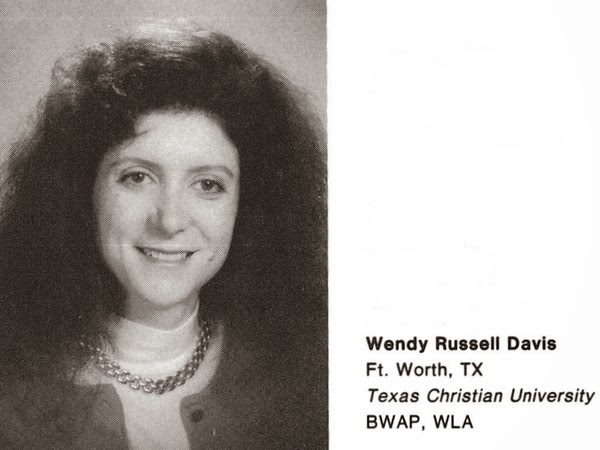 Seriously? How did anyone with optics this poor ever rise to prominence in the democratic party?With democrats it's about the image, not the substance. Unfortunately for democrats, much of the image Wendy Davis has constructed id fake. Based on her college yearbook picture, her hair color appears fake too (or it was then.)


It’s just getting worse and worse for abortion activist Wendy Davis, who is falling on her own sword in the Texas gubernatorial race.
First, Davis was caught by a Dallas newspaper lying about her story of being a single mom who overcame adversity. Then, she sought to blame her problems on pro-life candidate for governor Greg Abbott. Now, in attacking Abbot, she’s stuck her foot in her mouth saying he’s “never walked a mile in my shoes.”
Problem is, Abbott can’t. He’s a paraplegic who is confined to a wheelchair.