Ukraine shows how cellphone metadata can be used by a government and it isn't good... 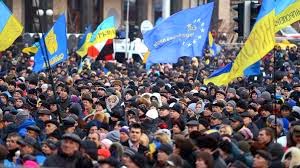 If a tool like cellphone metadata is available for a government to use, they will use it against their political enemies. It is just a matter of time.That time has arrived in the Ukraine.


The protests have been mostly peaceful, but after violent clashes on Sunday that killed several protesters, something strange happened on Tuesday. A chilling text message showed up on cell phones in Ukraine earlier this week.
“Dear Subscriber,” it read, “you are registered as a participant in a mass disturbance.” It was interpreted by those who received it as an Orwellian warning to protesters who’d clashed with riot police in Kiev.
Presumably, the recipients were identified because their cell phone data showed they’d been in the area of the protests. That same kind of data is routinely requested — and received — by U.S. law enforcement agencies.