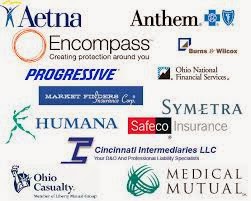 It's only going to get worse because the worse is yet to come.


Moody’s Investor Service has changed its outlook for the U.S. health care insurance sector from stable to negative, citing Obamacare’s rollout and the uncertainty it brings.
The private credit rating agency said potential fallout from the Affordable Care Act’s implementation — including changes to the individual market and the impact of the law’s “employer mandate” on commercial group plans in January 2015  —  presents the greatest challenge to health insurers’ credit profile. Lower reimbursement rates among Medicare Advantage plans also are creating financial pressure, it said.
“While all of these issues had been on our radar screen as we approached 2014, a new development and a key factor for the change in outlook is the unstable and evolving regulatory environment under which the sector is operating,” Moody's said. “Notably, new regulations and presidential announcements over the last several months with respect to the ACA have imposed operational changes well after product and pricing decisions had been finalized.”