TSA will check grannies depends, but the Muslim Brotherhood gets a free pass... 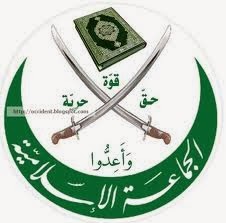 Team Obama is taking good care of the Muslim bros.


Newly released records confirm a 2012 Investigative Project on Terrorism (IPT) report that the State Department cleared the way for a visiting delegation of Muslim Brotherhood officials to enter the country without undergoing routine inspection by U.S. Customs and Border Protection agents.

The April 2012 visit came before the Muslim Brotherhood's candidate was elected Egypt's president, although the Brotherhood's Freedom and Justice Party (FJP) had won a plurality of seats in parliamentary elections. The expedited entry is known as a "port courtesy" normally reserved for high-ranking visiting government officials and dignitaries.