Chris Christie is in trouble with major GOP donors? 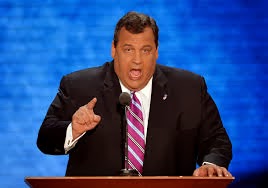 The Tea Party isn't going to bail him out. That's a fact.


By the time Christie romped to reelection in November, the chattering class was pronouncing him the front-runner in the race to clinch the GOP nomination in the 2016 presidential election. Some were comparing him to George W. Bush, who was elected after Democrats held the White House for eight years and who, in the final years of his governorship, courted donors and party operatives in Austin as he plotted his run for office.
No longer.
“The idea that he’s the prohibitive front-runner is over,” says a Republican strategist. Among the party’s money men, the reaction to the scandal that has rocked Trenton for the past week is divided. While some remain firmly supportive, others say the release of e-mails showing that one of Christie’s top aides colluded to close traffic lanes leading onto the George Washington Bridge has confirmed their worst suspicions about him. “This is one of the few moments where there’s not a pack mentality,” says the strategist.