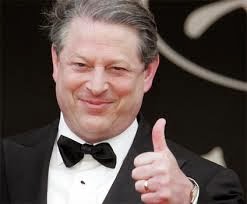 
ATLANTA – They were salting down bridges and overpasses Monday and pre-emptively closing schools and governments as the Deep South prepared for a rare winter storm.
Snow and ice were predicted Tuesday into Wednesday for places that rarely see it.
“We’re getting ready for some snow – there may be a few snowmen in our future,” said Columbus (Ga.) Mayor Teresa Tomlinson. “We’ve loaded up the truck with barricades in case we have to close roads, loaded up the trucks with sand and sharpened the chain saws. We’ve just got everything sitting on ready.”
She said officials in the city of 198,000 will wait until around noon Tuesday to reassess the situation. If the storm is as bad as predicted, the city will close except for essential services and cancel Tuesday night’s City Council meeting.
Several years ago, when a winter storm dumped snow on parts of the state, some parents from Columbus, 108 miles south of Atlanta, drove their elementary school-aged children 45 miles or so north to LaGrange to see snow for the first time. They won’t have to drive this year – maybe.
Keep on reading…

Human activity as no significant effect on global warming.

Discover the cause of the warming, the end of it, and why temperatures are headed down.

Two primary drivers of average global temperatures explain the reported up and down measurements since before 1900 with 90% accuracy and provide credible estimates back to 1610.

CO2 change is NOT one of the drivers.

The drivers are given at http://agwunveiled.blogspot.com/ which includes eye opening graphs and a plethora of links and sub-links to credible data sources.