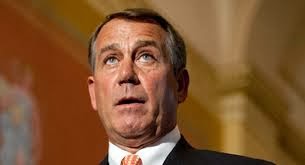 The way politicians lie at the drop of a hat never ceases to amaze me.


House Speaker John Boehner (R-Ohio) says he has “no problem” with the Tea Party and that he agrees with them “90 percent of the time.”
Boehner appeared on the Tonight Show with Jay Leno last night and told the host, “I don’t have any problem with the Tea Party. Those people have brought great energy to the political process, most of them have never been involved before.”
“When you agree with someone 90 percent of the time they’re not your enemy, “ Boehner continued.
Keep on reading…