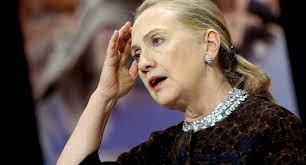 Hillary has been chauffeured around on the taxpayer's dime for 18 years. It's time to put this to an end.


Hillary Clinton hasn't gotten behind the wheel in a long, long time.
The former first lady and potential 2016 Democratic presidential candidate, who has had drivers for much of her three decades in public life, said Monday that she hasn't driven a car since 1996. Clinton made the confession at the National Automobile Dealers Association meeting in New Orleans.
“The last time I actually drove a car myself was 1996,” the 66-year-old Clinton told the audience. “And I remember it very well, and so does the Secret Service, which is why I haven’t driven since then.”