Defeated Demo Iowa Gov. Culver Gets Even With Voters 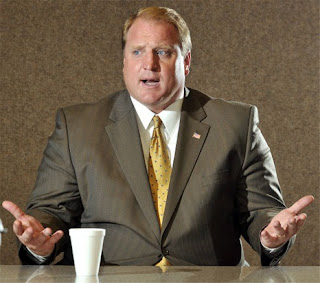 He approved a union contract for some state employees without even negotiating. Gov. Culver accepted the first offer from the AFSCME. Culver lost by 10% November 2nd to former Republican Governor Terry Branstad. Gov. Culver's payback will cost Iowans over $100 million in the first year.

13WHOTV-Iowa union workers will see multiple pay raises over the next two years under a contract proposal approved by Governor Culver.

In a rare move Governor Culver accepted AFSCME's contract proposal as submitted and with no negotiation.

This is not surprising, considering that he's Democrat scum.