Delusional Nancy Pelosi Has No Regrets 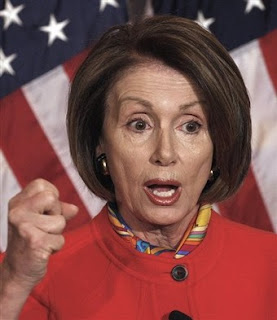 Nancy Pelosi may not have any regrets. The same may not be true for blue dog Democrats Pelosi strong-armed into voting for Obamacare.

House Speaker Nancy Pelosi said today she has “no regrets” one day after a Republican landslide stripped her of the power that defined her historic tenure as the first female Speaker of the House.

The California Democrat, who won a new two year term in Tuesday’s election, also said she has yet to consider what she will do now.