After being caught trying to destroy conservative groups, the IRS moves on to small businesses... 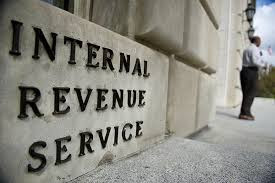 More than half the small business owners identify themselves as Republicans or right-leaning independents ...


Small business owners across the country are receiving letters from the IRS questioning if they are reporting all of their cash income, in a new push by the agency some are saying could unnecessarily create fear in the small business community.
The Wall Street Journal reports the initiative is an attempt to respond to what the agency feels is a widespread failure by small businesses to report all their cash sales.
The agency says the letters are not the same as an audit, and it is simply seeking more tax information from the businesses. However, some lawmakers and business owners who received the letters say the initiative is alarming.
"There's an emotional thing when you get a pretty ominous-looking letter from the IRS, [saying] you might have done some bad things," small business owner Tom Reese tells the Wall Street Journal. "I really work hard with my accountant to make sure that I not only follow the law, but follow the letter of the law."
One letter the IRS sent is headlined, "Notification of Possible Income Underreporting." It notifies the business owner "your gross receipts may be underreported" and says they must complete a form "to explain why the portion of your gross receipts from non-card payments appears unusually low."