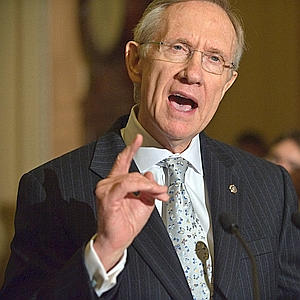 Harry Reid thinks Obaamcare is a stepping stone to single-payer.Why wouldn't he? Liberals and democrats have used this form of creeping socialism for years. Mainstream Republicans are too stupid to realize what is happening.


In just about seven weeks, people will be able to start buying Obamacare-approved insurance plans through the new health care exchanges.
But already, Senate Majority Leader Harry Reid is predicting those plans, and the whole system of distributing them, will eventually be moot.
Reid said he thinks the country has to “work our way past” insurance-based health care during a Friday night appearance on Vegas PBS’ program “Nevada Week in Review.”
“What we’ve done with Obamacare is have a step in the right direction, but we’re far from having something that’s going to work forever,” Reid said.
When then asked by panelist Steve Sebelius whether he meant ultimately the country would have to have a health care system that abandoned insurance as the means of accessing it, Reid said: “Yes, yes. Absolutely, yes.”