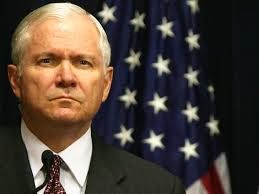 Harsh criticism in his memoir...


In a new memoir, former defense secretary Robert Gates unleashes harsh judgments about President Obama’s leadership and his commitment to the Afghanistan war, writing that by early 2010 he had concluded the president “doesn’t believe in his own strategy, and doesn’t consider the war to be his. For him, it’s all about getting out.”
Leveling one of the more serious charges that a defense secretary could make against a commander in chief sending forces into combat, Gates asserts that Obama had more than doubts about the course he had charted in Afghanistan. The president was “skeptical if not outright convinced it would fail,” Gates writes in “Duty: Memoirs of a Secretary at War.”
Obama, after months of contentious discussion with Gates and other top advisers, deployed 30,000 more troops in a final push to stabilize Afghanistan before a phased withdrawal beginning in mid-2011. “I never doubted Obama’s support for the troops, only his support for their mission,” Gates writes.
As a candidate, Obama had made plain his opposition to the 2003 Iraq invasion while embracing the Afghanistan war as a necessary response to the 2001 terrorist attacks on the United States, requiring even more military resources to succeed. In Gates’s highly emotional account, Obama remains uncomfortable with the inherited wars and distrustful of the military that is providing him options. Their different worldviews produced a rift that, at least for Gates, became personally wounding and impossible to repair. Read it all...