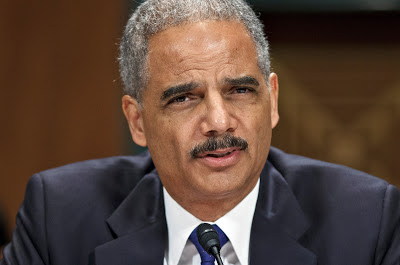 Obama claims he is troubled by this incident. Is he lying or will he throw his buddy Eric Holder under the bus?


Attorney General Eric Holder signed off on a controversial search warrant that identified Fox News reporter James Rosen as a “possible co-conspirator” in violations of the Espionage Act and authorized seizure of his private emails, a law enforcement official told NBC News on Thursday.

The disclosure of the attorney general’s role came as President Barack Obama, in a major speech on his counterterrorism policy, said Holder had agreed to review Justice Department guidelines governing investigations that involve journalists.

"I am troubled by the possibility that leak investigations may chill the investigative journalism that holds government accountable," Obama said. "Journalists should not be at legal risk for doing their jobs."